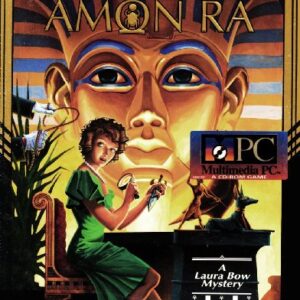 The Dagger of Amon Ra

Laura Bow, intrepid heroine of The Colonel's Bequest, is back! This time she's trapped in a huge, imposing museum in the dead of night, surrounded by socialites, miscreants, thieves... and a cold, relentless murderer.

What is the secret of The Dagger of Amon Ra, and who is willing to kill for it? What's the motive for murder? Greed? Religious outrage? Patriotism? Rivalry? Laura Bow, cub reporter for a major New York newspaper, better find out fast!

Are you ready to meet the challenge? Can you discover the truth about the priceless Dagger of Amon Ra before the killer discovers... you?