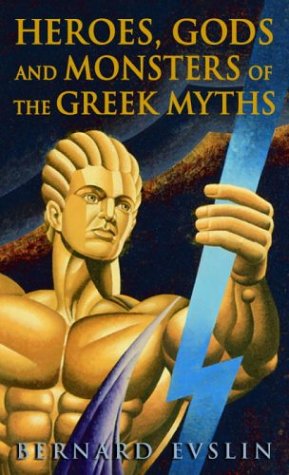 Heroes, Gods and Monsters of the Greek Myths

The earth breeds giants and ogres of indescribable horror -- the heavens hold omnipotent gods and goddesses, abounding in courage, strength and wisdom.

Zeus, the almighty king of the gods, who cannot resist feminine beauty -- mortal or divine, and his jealous and vengeful wife, Hera.

Perseus, fearless mortal warrior, who takes on an impossible challenge: slaying the monstrous Medusa, whose glance turns men to stone.

The Minotaur, half-man and half-bull, the horrible fruit of a queen's unspeakable desire, who annually destroys the young victims sacrificed to his terrifying power.

A fantastic world of spells and curses, magic and mystery, forces that create and destroy at will.

Be the first to review “Heroes, Gods and Monsters of the Greek Myths” Cancel reply