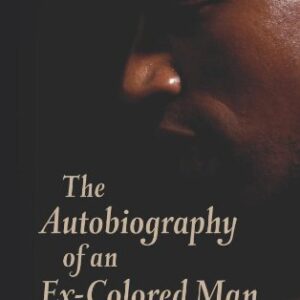 The Autobiography of an Ex-Colored Man (Dover Thrift Editions)

This remarkable novel documents the life of an American of mixed ethnicity who moves freely in society — from the rural South to the urban North and eventually, Europe. A revolutionary work which not only probes the psychological aspects of "passing for white" but also examines the American caste and class system.

Amazon.com Review
With the possible exceptions of Dr. Alain Locke and W.E.B. Du Bois, no African American excelled on as many different levels as James Weldon Johnson. Along This Way--the first autobiography by a person of color to be reviewed in The New York Times--not only chronicles his life as an educator, lawyer, diplomat, newspaper editor, lyricist, poet, essayist, and political activist but also outlines the trials and triumphs of African Americans from post-Reconstruction to the rise and fall of the Harlem Renaissance. Born in Florida in 1871 to middle-class West Indian parents, Johnson recognized the challenges and absurdities of segregated America early on. But it was his experience as a tutor to rural blacks while a student at Atlanta University that was to alter the course of his life: "It was this period that marked the beginning of psychological change from boyhood to manhood," he writes. "It was this period that marked also the beginning of my knowledge of my own people as a race."

With a rare blend of pride and humility, Johnson recounts how he, among other accomplishments, became Florida's first black lawyer in 1898, a diplomat in Venezuela and Nicaragua, and lyricist for his brother Rosamond Johnson's famous song, "Lift Every Voice and Sing." Johnson's commentary on his epochal novel, The Autobiography of an Ex-Colored Man, as well as writings on his works of poetry--The Creation, God's Trombones, and Fifty Years and Other Poems--is priceless. Equally important are the logical and even-tempered opinions on race that he wrote for The New York Age, which offered comprehensive critiques of Du Bois, Booker T. Washington, and Marcus Garvey, along with his analysis of the racial climate while serving as head of the NAACP. This remarkable man left a mark on the 20th century that goes beyond the boundary of race. --Eugene Holley Jr.