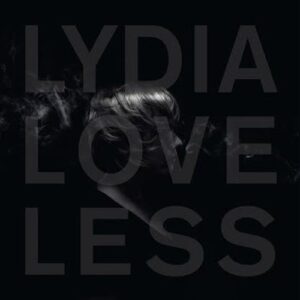 Two years after the critical success of her breakout second album, Indestructible Machine, Lydia Loveless emerges from the trenches of hometown Columbus, OH with the gloves off and brimming with confidence on Somewhere Else. While her previous album was described as hillbilly punk with a honky-tonk heart (Uncut), this one can t be so quickly shoehorned into neat categorical cubbyholes. No, things are different this time around Loveless and her band have collectively dismissed the genre blinders and sonic boundaries that come from playing it from a safe,familiar place.


Writing from this new-found place of conviction, Lydia crafted 10 songs that are stark in their honesty, self-examination,and openness. Somewhere Else is more elemental than any of Loveless s previous material; it s about longing for the other, whether that s something emotional, physical, or mental, all anchored by her arresting voice that sounds beyond her years. Creatively speaking, if Indestructible Machine was an all-night bender, Somewhere Else is the forlorn twilight of the next day, when that creeping nostalgia has you looking back for someone, something, or just... anything.


On their fourth overall release, Loveless and Co. (Ben Lamb on bass, Todd May on guitar and vocals, and new drummer Nick German) have coalesced into a band with a broad rock n roll range, after a couple years spent performing everywhere from rowdy festivals to pin-drop quiet dinner sets. Without ditching the ribald, spit-in-your-eye attitude of her previous recordings, Loveless travels into some parallel-universe, roots-born Exile In Guyville territory. These are songs that find her asserting stylistic choices, while baring themes of insatiable desire, unrequited emotion, and mistake making on life s crooked, messed-up path. The barely insinuating Head moves with strutting tambourine and a double-coated guitar sound that s simultaneously crunchy and wide and echoey like a F-14 Tomcat in its hanger; sonically referencing both The Heartbreakers Mike Campbell and the sharp-edged jangle of Lower East Side NYC punk. As she builds to the chorus harmonies, Loveless s voice quivers from overwhelming power and knee-buckling resentment: Cause I know the sooner I go to sleep the sooner I can dream/Well maybe if I get lucky tonight, you ll be there waitin , ready for me, anything.


Really Want To See You Again and To Love Somebody are built around bottled-up manic energy and brawny, 5 o clock shadow hooks that renovate The Replacements greasy denim charm and The Pretenders punk-meets-shimmering pop rock. The rhythm section dials it in on sultry Heartland rock n roll in Wine Lips while Loveless and May match voices for some age-old Music Row harmonies of heartache: That s all I really wanna do/ Is be somewhere that s just me and you. By song s finish, the pain is so real that you re reaching for the phone to call either your significant other or a former lover (or both, we won t judge).


On Somewhere Else Loveless is less concerned with chasing approval she scrapped an entire album s worth of material before writing this set and more focused on fighting personal battles of longing and heartbreak, and the aesthetic that comes along with them. She might not steal your car after the relationship goes south, but you can be damn sure she ll still take a baseball bat to the windows on her way down the street. She might even smile about it.

Be the first to review “Somewhere Else” Cancel reply