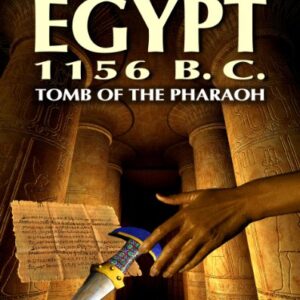 Go back in time and play an Egyptian living in Thebes under the reign of Ramses III. This cultural game plunges you into the heart of an incredible adventure - your father is accused of being behind the pillage of a royal tomb. He will be executed . . . unless you manage to prove his innocence! To clear up the mystery, explore the several sites of the region of Thebes and the Valley of the Kings. Cross paths with fascinating characters. While you play the game, get to know the political, social, religious and cultural life of their civilisation. Be quick! You're father's life is at stake!

● 30 realistic animated characters, most of which have really existed in history

● The content has been scientifically validated by Marc Etienne, Curator in the Department of Egyptian Antiquities of the Louvre Museum

● Omni3D Technology: 360° scan of the decor in all directions

● Spellbinding music - excerpts from the Music of the Nile album