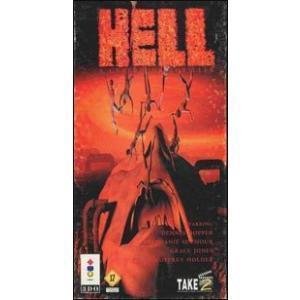 Hell The Cyberpunk Thriller For The 3DO

Beyond imagination, to the pits of man's fears, lies a new breed of evil, Hell: A Cyberpunk Thriller. The year is 2095, the government is under the control of a brutal fascist-theocratic dictatorship called the "Hand of God". Unlike the religious dictatorships of the past, this government has the ability to send sinners to hell-and prove they have done it. In this third person perspective, dystopia environment, you pick between Gideon Eshanti, or Rachel Braque, two loyal police officers (and lovers) who have been declared enemies of the state and are now on the run. Both characters are part of an ARC squad, or Artificial Reality Containment group, who one night find themselves on the run from the very government they work for. They have to travel between Earth and Hell a few times to find out why they are on the run, and save the day.