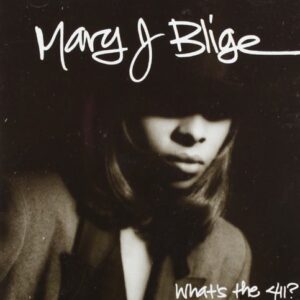 Amazon.com
Perhaps the true test of a classic is this: something that's commonplace now but at the time appeared revolutionary. The notion that a female R&B singer could be as informed by the Real Roxanne as she was by Aretha Franklin, that she could give love to the streets and the roughnecks--while still delivering soul-drenched love songs that came from that wounded womanly space--was, in a word, groundbreaking. It was the sound of the New Jills, and of a new genre, aptly called hip-hop soul. Featuring production from a then-upstart Puffy, and a collection of songs that alternately swagger and seduce--"You Remind Me," "Real Love," "Reminisce"--What's the 411? may not be Blige's finest work (that honor may go to its moody follow-up, My Life). But its ghetto-fied grooves dominated the radio then, and they still sound fierce today, even with a slew of lesser imitators attempting to do what the rough and ready Blige did so effortlessly back in the day. --Amy Linden

Be the first to review “What’s the 411” Cancel reply