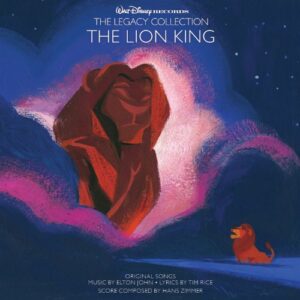 The Legacy Collection: The Lion King

To honor these musical landmarks, Walt Disney Records The Legacy Collection will feature the beloved original soundtracks, plus valuable documentary content that tells the story behind the music. Each album will feature newly created artwork from Lorelay Bove, a visual development artist at Walt Disney Animation Studios ('Tangled,' 'Winnie the Pooh,' 'Wreck-It Ralph'). The illustrations, inspired by the original properties, will celebrate Disney's rich heritage and create a unified look for the entire collection.

Be the first to review “The Legacy Collection: The Lion King” Cancel reply