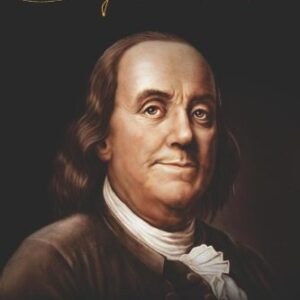 The Autobiography of Benjamin Franklin

The Autobiography of Benjamin Franklin is the traditional name for the unfinished record of his own life written by Benjamin Franklin from 1771 to 1790; however, Franklin himself appears to have called the work his Memoirs. Although it had a tortuous publication history after Franklin's death, this work has become one of the most famous and influential examples of an autobiography ever written.

Franklin's account of his life is divided into four parts, reflecting the different periods at which he wrote them. There are actual breaks in the narrative between the first three parts, but Part Three's narrative continues into Part Four without an authorial break (only an editorial one).

Reactions to the work

Franklin's Autobiography has received widespread praise, both for its historical value as a record of an important early American and for its literary style. It is often considered the first American book to be taken seriously by Europeans as literature. William Dean Howells in 1905 asserted that "Franklin's is one of the greatest autobiographies in literature, and towers over other autobiographies as Franklin towered over other men." However, Mark Twain's essay "The Late Benjamin Franklin" (1870) provides a less exalted reaction, albeit somewhat tongue-in-cheek (for example, claiming that his example had "brought affliction to millions of boys since, whose fathers had read Franklin's pernicious biography"). D. H. Lawrence wrote a notable invective against "Middle-sized, sturdy, snuff-coloured Doctor Franklin" in 1923, finding considerable fault with Franklin's attempt at crafting precepts of virtue and at perfecting himself.

Nevertheless, responses to The Autobiography have generally been more positive than Twain's or Lawrence's, with most readers recognizing it as a classic of literature and relating to the narrative voice of the author. In this work, Franklin's persona comes alive and presents a man whose greatness does not keep him from being down-to-earth and approachable, who faces up to mistakes and blunders ("Errata") he has committed in life, and who presents personal success as something within the reach of anyone willing to work hard enough for it.