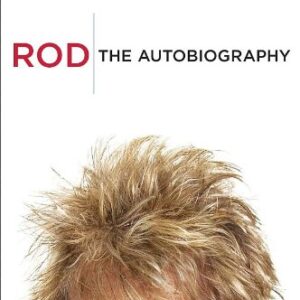 The extraordinary life and career of music legend Rod Stewart, in his own words for the first time.

With his soulful and singular voice, narrative songwriting, and passionate live performances Rod Stewart has paved one of the most iconic and successful music careers of all time. He was the charismatic lead singer for the trailblazing rock and roll bands The Jeff Beck Group and The Faces, and as a solo artist, the author of such beloved songs as "Maggie May," "Tonight’s the Night," "Hot Legs," "Da Ya Think I’m Sexy?," "Young Turks," "Forever Young," and "You Wear It Well."  Now after more than five decades in the spotlight, he is finally ready to take a candid and romping look back at his life both on and off the stage. From his humble British roots to his hell-raising years on tour with his bandmates, not forgetting his great loves (including three marriages and eight children) and decades touring the world, Rod delivers a riveting ride through one of rock's most remarkable lives.

Be the first to review “Rod: The Autobiography” Cancel reply