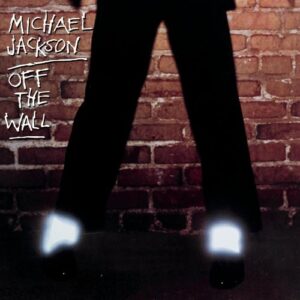 Amazon.com
Given the pace of Michael Jackson's post-Thriller release schedule, it's striking that Off the Wall appeared between two albums with his brothers, Destiny (1978) and Triumph (1980), on which the twentysomething phenomenon was also fully engaged. Aided by richly detailed but not overdone production, Off the Wall redefined how much Michael might do.

Tracks like "Don't Stop 'Til You Get Enough," "Rock with You," the title cut (all Top 10 singles), and "Burn this Disco Out" not only consolidated his dance-floor power, but showed just how soulful and varied his vocals could get on uptempo material. Artistic role models like James Brown and Jackie Wilson echo through the mixes, but these were Jackson's leaps forward. The addition of pure pop confection--Paul McCartney's "Girlfriend," Stevie Wonder's "I Can't Help It"--further fleshed out the star's young-adult persona and helped make Off the Wall among the most fondly remembered of all his solo work. This special edition features two magic home demos and entertaining, insightful interviews of producer Quincy Jones and "Rock with You" composer Rod Temperton. --Rickey Wright

Be the first to review “Off the Wall” Cancel reply