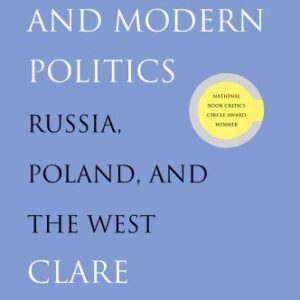 Lyric Poetry and Modern Politics: Russia, Poland, and the West

(as of 07/08/2014 at 17:06 UTC)
Sold by: Digabyss.com
SKU: 0300152965. Categories: Literature, Poetry.
Lyric Poetry and Modern Politics explores the intersection of poetry, national life, and national identity in Poland and Russia, from 1917 to the present. As a corrective to recent trends in criticism, acclaimed translator and critic Clare Cavanagh demonstrates how the practice of the personal lyric in totalitarian states such as Russia and Poland did not represent an escapist tendency; rather it reverberated as a bold political statement and at times a dangerous act.

Cavanagh also provides a comparative study of modern poetry from the perspective of the eastern and western sides of the Iron Curtain. Among the poets discussed are Blok, Mayakovsky, Akhmatova, Yeats, Whitman, Frost, Szymborska, Zagajewski, and Milosz; close readings of individual poems are included, some translated for the first time. Cavanagh examines these poets and their work as a challenge to Western postmodernist theories, thus offering new perspectives on twentieth-century lyric poetry.

Be the first to review “Lyric Poetry and Modern Politics: Russia, Poland, and the West” Cancel reply