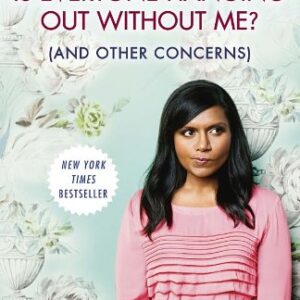 Is Everyone Hanging Out Without Me? (And Other Concerns)

Mindy Kaling has lived many lives: the obedient child of immigrant professionals, a timid chubster afraid of her own bike, a Ben Affleck–impersonating Off-Broadway performer and playwright, and, finally, a comedy writer and actress prone to starting fights with her friends and coworkers with the sentence “Can I just say one last thing about this, and then I swear I’ll shut up about it?”

Perhaps you want to know what Mindy thinks makes a great best friend (someone who will fill your prescription in the middle of the night), or what makes a great guy (one who is aware of all elderly people in any room at any time and acts accordingly), or what is the perfect amount of fame (so famous you can never get convicted of murder in a court of law), or how to maintain a trim figure (you will not find that information in these pages). If so, you’ve come to the right book, mostly!

In Is Everyone Hanging Out Without Me?, Mindy invites readers on a tour of her life and her unscientific observations on romance, friendship, and Hollywood, with several conveniently placed stopping points for you to run errands and make phone calls. Mindy Kaling really is just a Girl Next Door—not so much literally anywhere in the continental United States, but definitely if you live in India or Sri Lanka.

From the Hardcover edition.

Guest Reviewer: Jennifer Weiner on Is Everyone Hanging Out Without Me? (And Other Concerns) 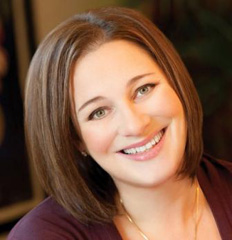 Jennifer Weiner is the New York Times bestselling author of nine books, including Good in Bed, In Her Shoes, which was made into a major motion picture, and Then Came You. A graduate of Princeton University, Jennifer lives in Philadelphia with her family.

I know what you’re thinking: really? Another memoir-slash-observational-essay-collection by a first-generation Indian-American comedy writer-slash-sitcom star who shot to fame with a cross-dressing impersonation of Ben Affleck? My bookshelf’s full of those already!

Stay with me. Because, no matter how many quirky memoir-slash-observational-essay collections by funny ladies you’ve got on your shelves, you’re going to want this one there, too.

Mindy Kaling is an American original. Born round, to delighted parents (“Part of me wonders if it even made them feel a little prosperous, like Have you seen our overweight Indian child? Do you know how statistically rare this is?”), she grew up in New England, enjoyed hanging out with her family, excelled in Latin, made her way to Dartmouth and thence, as is decreed by law and custom, to Brooklyn, where her smart-ass jokes about subway rape netted her and her colleagues a private Town Car to ferry them to their slave-wage job as production assistants on a psychic-TV show on cable.

You’ll get the story of Kaling’s rise to a job as a staff writer and eventual performer on “The Office,” along with behind-the-scenes dish, several damning photos of Rainn Wilson, and candid shots of her on her way to various awards parties where she’d heard that Drake might play.

But, you say, we want more than that!

Dear reader, there is more.

In addition to the how-to-make-it-in-Hollywood saga (it involves breaking your best friend’s nose, onstage, in front of an influential critic, and working eighteen-hour days without complaint), you will also get delightful observations on body image angst (“Being called fat is not like being called stupid or unfunny, which is the worst thing you could ever say to me,”), the duties of a best friend (“I Must Be 100 Percent Honest About How You Look, But Gentle), a smart dissection of the women you will meet in rom-coms, and why men have it easier than women, in life and in grooming (Kiehls + Bumble and Bumble = Hot Guy).

It’s an autobiography crossed with witty observations with a twist of a shopping guide, and a pinch of Oprah-esque Your Best Life Now inspiration, told in Kaling’s singularly endearing voice. By the end of this book, you will want Mindy Kaling to be your best friend, and you will want her parents to adopt you. Since neither of these events is likely, or even possible, buy her book instead.

Be the first to review “Is Everyone Hanging Out Without Me? (And Other Concerns)” Cancel reply