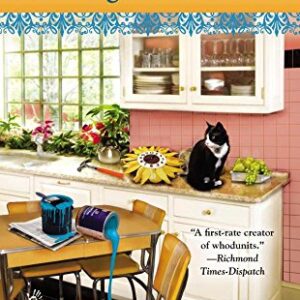 Grace Against the Clock (A Manor House Mystery)

(as of 07/08/2014 at 09:55 UTC)
Sold by: Digabyss.com
SKU: 0425259676. Categories: Literature, Mystery.
When Marshfield Manor hosts a charity event, Grace Wheaton, the mansion’s curator and manager, is happy to lend a helping handuntil a killer makes an unwanted donation

With the town clock in desperate need of repair, local lawyer Joyce Swedburg and her ex-husband, Dr. Leland Keay, are trying to put their differences aside to organize a benefit at Marshfield Manor to raise money to restore the beautiful timepiece. While Grace appreciates the opportunity to support such a good cause, the tension between the unhappy exes is giving her the urge to put both of the organizers in time out.

But after Leland collapses on stage during the festivities, poisoned, Grace suspects there was more going on behind the scenes. Now, she’s in a race to catch a ticked off murderer, and, if she’s going to prevent anyone else from getting hurt, every second will count