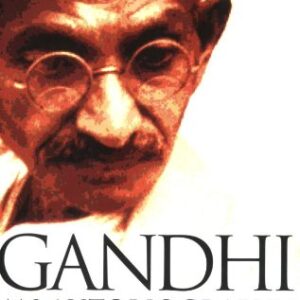 Gandhi An Autobiography: The Story of My Experiments With Truth

Product Description
Mohandas K. Gandhi is one of the most inspiring figures of our time. In his classic autobiography he recounts the story of his life and how he developed his concept of active nonviolent resistance, which propelled the Indian struggle for independence and countless other nonviolent struggles of the twentieth century.

In a new foreword, noted peace expert and teacher Sissela Bok urges us to adopt Gandhi's "attitude of experimenting, of tesing what will and will not bear close scrutiny, what can and cannot be adapted to new circumstances,"in order to bring about change in our own lives and communities.

All royalties earned on this book are paid to the Navajivan Trust, founded by Gandhi, for use in carrying on his work.

Amazon.com Review
Gandhi's nonviolent struggles in South Africa and India had already brought him to such a level of notoriety, adulation, and controversy that when asked to write an autobiography midway through his career, he took it as an opportunity to explain himself. Although accepting of his status as a great innovator in the struggle against racism, violence, and, just then, colonialism, Gandhi feared that enthusiasm for his ideas tended to exceed a deeper understanding. He says that he was after truth rooted in devotion to God and attributed the turning points, successes, and challenges in his life to the will of God. His attempts to get closer to this divine power led him to seek purity through simple living, dietary practices (he called himself a fruitarian), celibacy, and ahimsa, a life without violence. It is in this sense that he calls his book The Story of My Experiments with Truth, offering it also as a reference for those who would follow in his footsteps. A reader expecting a complete accounting of his actions, however, will be sorely disappointed.

Although Gandhi presents his episodes chronologically, he happily leaves wide gaps, such as the entire satyagraha struggle in South Africa, for which he refers the reader to another of his books. And writing for his contemporaries, he takes it for granted that the reader is familiar with the major events of his life and of the political milieu of early 20th-century India. For the objective story, try Yogesh Chadha's Gandhi: A Life. For the inner world of a man held as a criminal by the British, a hero by Muslims, and a holy man by Hindus, look no further than these experiments. --Brian Bruya

Be the first to review “Gandhi An Autobiography: The Story of My Experiments With Truth” Cancel reply