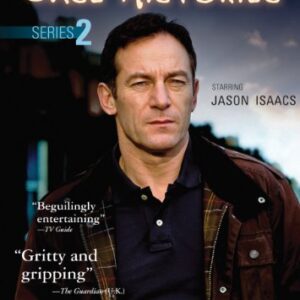 A tough guy with a soft heart, Jackson Brodie (Golden Globe® nominee Jason Isaacs, Harry Potter movies, The Patriot) is a former Edinburgh cop trying to make a living as a private detective. But while he has a hard time paying his bills, he has no shortage of clients seeking his services. Some are parents looking for children and some are children looking for parents; some are worried about the future and some are seeking information about the past—an area that continues to haunt Brodie, too.

Unable to overlook a wrong or neglect a person in need, Brodie feels compelled to find answers for his clients. But he doesn’t find much peace from the women in his own life, including his ex-wife, ex-girlfriend (Natasha Little, Kidnap and Ransom), 12-year-old daughter, long-suffering bookkeeper (Zawe Ashton, Fresh Meat), and a former colleague (Amanda Abbington, Sherlock) who seems to be the only person on the force still talking to him.

Based on works by bestselling author Kate Atkinson, this character-driven drama seen on public television features an International Emmy®-nominated performance by Isaacs.

Be the first to review “Case Histories Set 2” Cancel reply