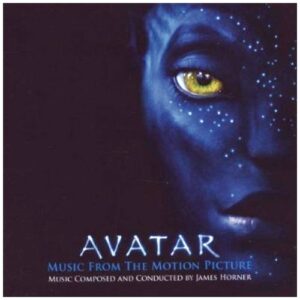 Atlantic Records has announced the upcoming release of AVATAR Music From The Motion Picture Music Composed And Conducted By James Horner the official score album companion to 20th Century Fox's hugely anticipated 3-D sci-fi action-adventure. The album, which features music composed and conducted by Academy Award-winner James Horner (Titanic, A Beautiful Mind, An American Tail), will be released physically on December 15th. Avatar arrives in theatres everywhere on December 18th.
Written and directed by Academy Award-winner James Cameron (Titanic, Aliens, The Terminator, Terminator 2: Judgment Day, True Lies, The Abyss), Avatar takes us to a spectacular new world beyond our imagination, where a reluctant hero embarks on a journey of redemption and discovery as he leads a heroic battle to save a civilization. Cameron first conceived the film 14 years ago, when the means to realize his vision did not yet exist. Now, after four years of actual production work, Avatar delivers a fully immersive cinematic experience of a new kind, where the revolutionary technology invented to make the film disappears into the emotion of the characters and the sweep of the story.
Avatar stars Sam Worthington (Terminator Salvation), Zoë Saldana (Star Trek), Michelle Rodriguez (Lost, Fast & Furious), and Sigourney Weaver (Aliens, Galaxy Quest). The film is produced by James Cameron and Jon Landau.

Be the first to review “Avatar” Cancel reply