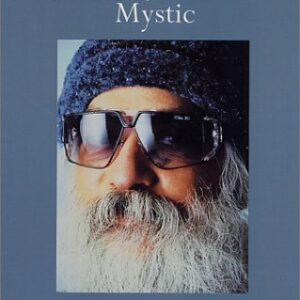 Autobiography of a Spiritually Incorrect Mystic

An indispensable work for understanding the life and teachings of one of the most unusual mystics and philosophers of our time.

Ten years have past since, in the words of his attending physician, Osho prepared for his departure from the body that had served him for fifty-nine years "as calmly as though he were packing for a weekend in the country." This volume is recognition that the time has come to provide a historical and biographical context for understanding Osho and his work. Who was this man, known as the Sex Guru, the "self-appointed bhagwan" (Rajneesh), the Rolls-Royce Guru, the Rich Man's Guru, and simply the Master?

Drawn from nearly five thousand hours of Osho's recorded talks, this is the story of his youth and education, his life as a professor of philosophy and years of travel teaching the importance of meditation, and the true legacy he sought to leave behind: a religionless religion centered on individual awareness and responsibility and the teaching of "Zorba the Buddha," a celebration of the whole human being.

Amazon.com Review
Osho, better known as Bhagwan Shree Rajneesh, became infamous for his posh lifestyle and outrageous teachings. A prolific author of some respectable and even insightful books, he refused to pen an autobiography for his myriad disciples. Nonetheless, two of these, Sarito Carol Neiman and Ma Yoga Bhakti, have pieced together an autobiography of sorts from the many of volumes of his writings and published talks. We find in Osho a vibrant mind, a sharp wit, and a feigned unpretentiousness that is both disarming and seductive. Following his story, we learn Osho was raised on a loose tether by his businessman grandfather and atheist grandmother, rebelliously questioning religious authority by the age of 5. By the age of 7, he was uncontrollable, and at 21, he had a prolonged enlightenment experience. A Ph.D. in philosophy brought him to the role of professor, but he outgrew it with his talks on meditation that gradually became more radical, until he was known in India as the sex guru. Ousted from India, he sought to create the perfect and most free community, choosing a remote corner of the U.S. Controversy erupted, and the man who called himself Zorba the Buddha became persona non grata the world over. To read about this unorthodox teacher in his own words is certainly entertaining, and although not without internal contradictions, the book is valuable for its relentless challenge to the sacred tenets of established religious thought. Like the best Zen master, Osho forces us to reconsider our conventions. --Brian Bruya