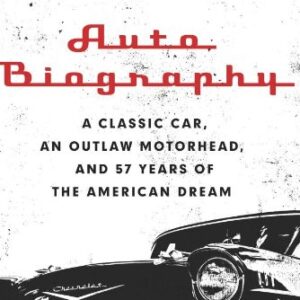 Auto Biography: A Classic Car, an Outlaw Motorhead, and 57 Years of the American Dream

A brilliant blend of Shop Class as Soulcraft and The Orchid Thief, Earl Swift's wise, funny, and captivating Auto Biography follows an outlaw auto dealer as he struggles to save a rusted '57 Chevy—a car that has already passed through twelve pairs of hands before his—while financial ruin, government bureaucrats and the FBI close in on him.

Slumped among hundreds of other decrepit hulks on a treeless, windswept moor in eastern North Carolina, the Chevy evokes none of the Jet Age mystique that made it the most beloved car to ever roll off an assembly line. It's open to the rain. Birds nest in its seats. Officials of the surrounding county consider it junk.

To Tommy Arney, it's anything but: It's a fossil of the twentieth-century American experience, of a place and a people utterly devoted to the automobile and changed by it in myriad ways. It's a piece of history—especially so because its flaking skin conceals a rare asset: a complete provenance, stretching back more than fifty years.

So, hassled by a growing assortment of challengers, the Chevy's thirteenth owner—an orphan, grade-school dropout and rounder, a felon arrested seventy-odd times, and a man who's been written off as a ruin himself--embarks on a mission to save the car and preserve long record of human experience it carries in its steel and upholstery.

Written for both gearheads and Sunday drivers, Auto Biography charts the shifting nature of the American Dream and our strange and abiding relationship with the automobile, through an iconic classic and an improbable, unforgettable hero. 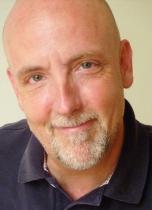 Wiley Cash, author of This Dark Road to Mercy and A Land More Kind than Home, interviews Earl Swift about Auto Biography.

Wiley Cash (WC): The star of Auto Biography is a particular ’57 Chevy that passes through a number of lives that you chronicle beautifully. But the car’s co-star is Tommy Arney, a hard-nosed ex- and future convict and the car’s current owner. Tommy’s incredible history of family trouble, violence, and survival is threaded throughout the book. How did you first meet Tommy?

Earl Swift (ES): One evening in December 1993, my editors at The Virginian-Pilot in Norfolk, Virginia, dispatched me to the Body Shop, a go-go bar Tommy owned: He’d taken the state to court over a regulation forbidding the sale of mixed drinks in the presence of a woman’s bare midriff or buttocks, both of which were in ample supply at his club and the biggest draw for his clientele. He prevailed in the dispute, so I was assigned to interview him. I enjoyed the visit thoroughly - if you were with Tommy in those days, you were either having a great time or getting your ass whipped - and I left the meeting impressed that this bear of a man, whose formal education had ended in fifth grade and who’d long danced along the law’s ragged edge, was a really smart, engaging fellow with a great sense of humor.

WC: Tommy is definitely a hero-outlaw like Tony Soprano or Billy the Kid. This type of figure feels distinctly American to me. Do you believe Tommy fits that role?

ES: I do see him that way. The young Tommy was a lethal fellow, with an explosive temper and a chip on his shoulder the size of a tectonic plate. But he lived by a personal code: Few of his victims weren’t on the prowl for trouble. And alongside the violent and mean Tommy Arney was an utter charmer, generous and funny, straight-shooting and smart.

WC: Auto Biography follows this ’57 Chevy through a number of lives before it lands in Tommy’s possession, and it follows the evolution of our nation through so many important eras: Civil Rights, Vietnam, Watergate, the Reagan years, etc. Which owner and era interested you the most as you were writing about him or her?

ES: I guess every journalist looks back most fondly on those stories that required the greatest effort or ingenuity to land, and in that respect writing about the car’s sixth owner, Mary Ricketts, brought me particular satisfaction. I interviewed Mary several times in 2004 and spoke with her occasionally in the years that followed, but it was only after her death in 2011 that I found out — at her memorial service — that she’d suffered an aneurysm years before I met her, and that the Mary I’d met was nothing like the Mary who’d owned the Chevy. So I set out to reconstruct her as she was in the 1980s. It took a few months, but with tremendous help from her friends and family, I was able to do it.

WC: Auto Biography reminds me of a frame tale like Canterbury Tales or a film like “The Red Violin”. The frame of the story is the life of this single car, but the story’s heart is the lives through which it passes. Is there a book or a film that inspired you to structure Auto Biography in this particular way?

ES: What inspired me to attempt this was my own automotive past. I’ve owned old cars and bad cars, and a few cars that were both old and bad, and while cursing them under my breath would sometimes find myself wondering about the poor saps who had drove these wrecks before me. I’ve also had a few great cars that I’ve sold too soon, and I’ve contemplated their fates since — wondering whether their new homes are as loving as the one I provided.

Be the first to review “Auto Biography: A Classic Car, an Outlaw Motorhead, and 57 Years of the American Dream” Cancel reply