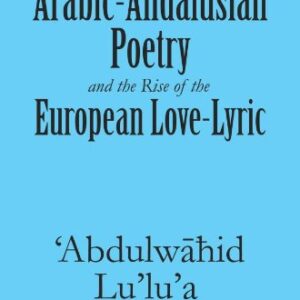 The idea of this book goes back to the author's college days in the Department of Foreign Languages in Baghdad, where he learned that English poetry developed under the influence of foreign types of poetry, including classical, medieval, and Renaissance. He began to wonder whether Arabic poetry had a role in that development, especially in the love lyric, its main aspect. He researched during a sabbatical year in 1971-1972 in Cambridge, UK, and collected more material during summer vacations and conferences in Europe. By 2010, he had enough material to write this book and a probable second edition. The book covers European poetry in the late Middle Ages and early Renaissance, especially the rise of the first poetry in non-Latin, and on non-ecclesiastical subjects as seen in the love lyrics of the troubadours. The 12th-century troubadour love lyric shows a clear influence of Arabic-Andalusian poetry, especially the new and non-European attitude to love and women. This new poetry spread to Sicily, Italy, and was popularized by Dante and his disciples. A further development reached England in the 16th century, best represented by Shakespeare. 'Abdulwāħid Lu'lu'a graduated with a B.A. (Hons.) English (Licence ès Lettres) in Baghdad in 1952. He won a scholarship to Harvard, receiving an Ed.M. English in 1957. He won another scholarship to Western Reserve University in Cleveland, receiving his Ph.D. in English literature in 1962. He taught at seven Arab universities, published 12 books in Arabic, and 42 books of translations in English/Arabic/English, all on literary subjects. His most recent book is Shakespeare's Sonnets (2013), Arabic translation and commentary. Publisher's website: http://sbprabooks.com/AbdulwahidLulua

The Silent Wife: A Novel